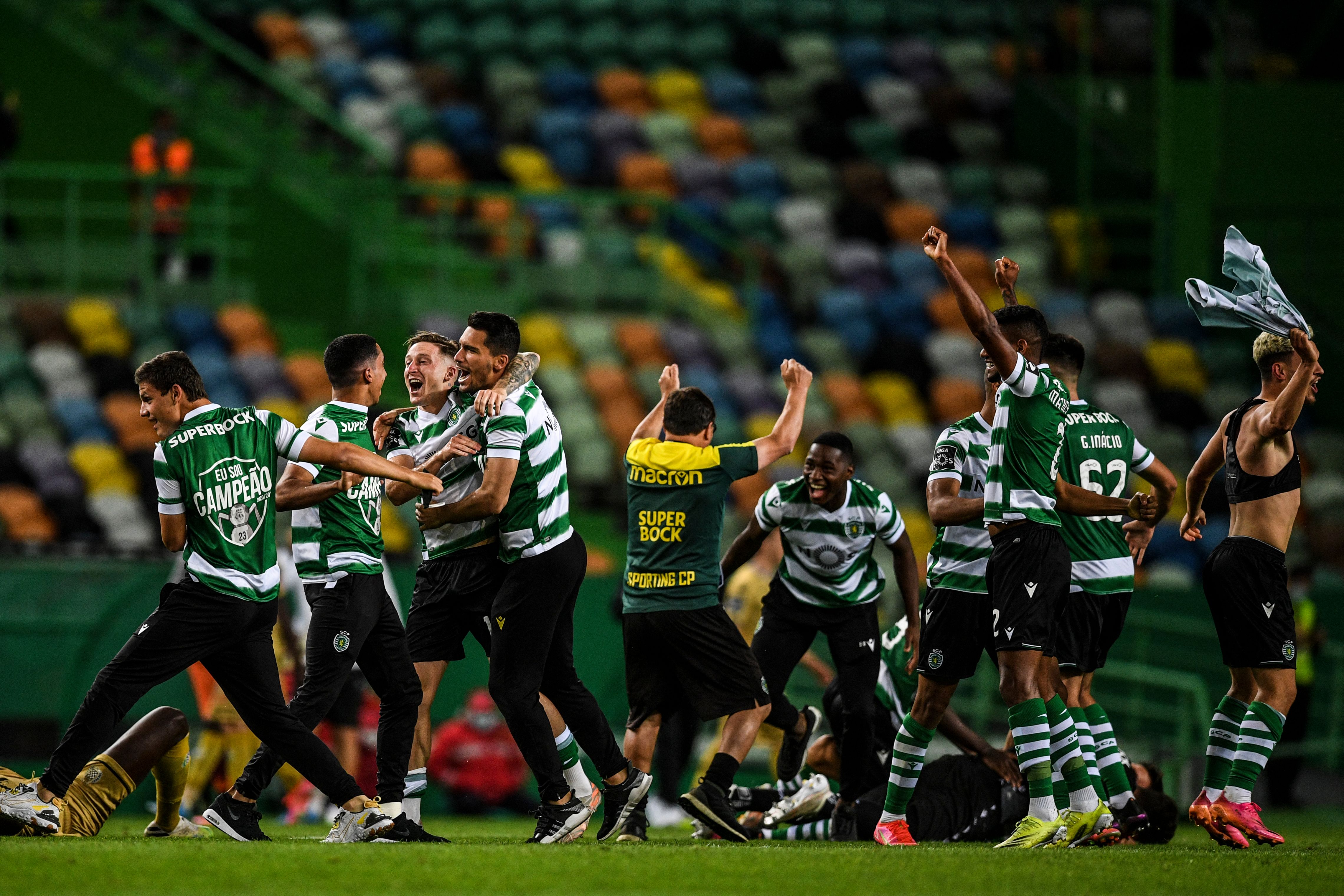 The year was 2002. The Euro became the official currency for most countries in the European Union, Queen Elizabeth II celebrated her Golden Jubilee and Brazil won the World Cup with two goals from Ronaldo — O Fenômeno — in the final against Germany.

Halfway across the world, another Ronaldo — Cristiano — had yet to make his debut for Sporting Lisbon’s first team. That would only happen the following year.

Fast forward to 2021 and Sporting has just won its first league title after a 19-year interlude — a period that has seen the club overshadowed by the likes of Benfica and Porto and at one point stare into the financial abyss.

This season’s league title triumph, though undeniably exciting, is not just unexpected and surprising but also bittersweet.

Coming into the season Sporting was anything but the favorite. The club is one of the top three teams in the country, with a rich history in a multitude of sports, including football, in which it is known for being a reservoir of young talent.

Its football academy has developed the likes of Ronaldo, Luís Figo, Paulo Futre, Nani and Ricardo Quaresma, among other talented players. Few other clubs can brag about producing not one, but two Ballon d’Or winners.

But coming into this season, its rivals, Porto and Benfica, had spent considerably more in the offseason. Benfica almost lured Uruguayan star Edinson Cavani, who ended up at Manchester United. Their budgets — after many league titles, participation in European competitions and successfully selling talented players to bigger markets for large sums — are simply much greater than Sporting’s.

And most of that is the club’s own fault.

READ: Debate over greatest goalscorer of all time continues

After its last win in 2002, Sporting seemed to be on the right path. The club had just won its second league title in three years, after a similar 18-year-drought, and it had young talented players breaking through the ranks.

The team seemed destined for a perfect season in 2005, when it hosted the UEFA Cup (now known as the Europa League). With just two games to play in the season, Sporting sat in first place and had secured a spot in the UEFA Cup Final, where it would face CSKA Moscow.

That week — when it lost to Benfica 1-0 at the Estádio da Luz to finish third, and then 3-1 to CSKA Moscow in its own stadium, after being ahead by 1-0 at half time — was just too brutal to bear, even if you weren’t a fan.

Since then, the club has flirted with the title once or twice, coming close but never quite deserving it and never quite making it.

Like in Germany, private investors are not allowed to have a majority stake in Portuguese teams, so “sócios” — supporters who pay a monthly fee — vote to choose a club president every five years.

Although this democratic system has its advantages — allowing fans to be involved — it has one big downside: when the results don’t come, it’s incredibly hard to unify the club.

Over the past 20 or so years, different factions have warred for control at Sporting, rarely taking into account what the silent majority of fans actually want. Prioritizing short-term successes over long-term goals, most steered the club further into the abyss, increasing its debt and worsening its finances.

Sporting’s darkest period came when members of one of the team’s official supporter groups — empowered by a controversial administration — broke into club grounds and assaulted the football team in 2018, after it had failed to qualify for the Champions League.

Many of the players, including many up-and-coming stars, left the club and joined other teams, mostly abroad. Only a few, including current Manchester United star, Bruno Fernandes, agreed to re-sign and stay at the club.

For many, it seemed like there was no coming back, when half of the team left over an incident the that majority of more than three million fans saw as abhorrent.

Since then, Sporting has been forced to go back to what it’s done best: develop talented footballers. Although there were signs of things to come, no one could have predicted that strategy would soon reap rewards.

A real youth project — in every sense

At the end of the 2019/20 season, Sporting lost a key game against Benfica and finished fourth, behind SC Braga. Though it had played well against its Lisbon rivals, youth and inexperience saw the club lose 2-1 due to a late winner by current Tottenham striker Carlos Vinicius in the 88th minute.

Young manager Rúben Amorim, who had been brought over from Braga halfway through the season for a record fee, had a rocky start with the team and failed to secure third place. Given its recent history and the squad it had, nothing seemed to suggest the Leões would be contenders this year.

The offseason brought a surprising and refreshing acquisition policy. While its rivals spent huge sums on overseas talent, Sporting adopted a more targeted approach, angling for a combination of youth and experience to fill the gaps in the team.

Most of the arrivals had previous experience either in the Portuguese league or similar competitions so they didn’t waste time adapting to play style.

Gonçalves is currently Liga NOS’s joint top scorer; Mário is a key starter and there’s talk of a permanent move this summer; Porro has shown himself to be one of, if not the best, right back in the league, which earned him his debut for the Spanish national team.

Nonetheless it was a rocky start to the season amid the Covid-19 outbreak, which included a surprise Europa League elimination at the hands of Austria’s Lask Linz. But Sporting used that to its advantage. While Benfica and Porto struggled to juggle all competitions, Sporting’s reduced calendar gave it plenty of time to recover between games.

It was a surprising consistency that propelled the team to its first trophy of the season — winning the League Cup against Braga in January — and that has powered it through the entire season.

At times complacent, unexciting and downright cynical, Sporting has scored three-plus goals on only three occasions and has often won by the skin of its teeth, securing several late wins with strikes in stoppage time.

The team relies on its sturdy defense, with just 15 goals conceded in 32 matches — by far the best defensive record in the league. It’s one of the reasons why the side remains undefeated with two games left to play.

It’s hard not to be excited with the title and what it stands for — the promise of more success on the horizon, anchored on an up-and-coming generation that is bursting through to the senior side and an increased cashflow through a return to the Champions League and possible player sales.

After years of being overshadowed by its more successful rivals, it finally feels like Sporting’s time to celebrate has come.

READ: Erling Haaland destined to ‘smash a lot of records

Yet it is all still bittersweet. The world is still in the midst of a deadly pandemic, which has devastated families, friends, jobs and businesses. It has kept people apart, even from those pastimes, like football, which usually help people to temporarily set their worries aside.

Every year, fans of the winning side pour out onto the country’s streets. In Lisbon, Benfica and Sporting usually take over the Marquis of Pombal roundabout. The area is usually filled with fans in a massive street party, which the players and coaching staff later join.

Many Sporting fans would not have had the chance to celebrate there before, most too young when the team last one the title — some of the current players on the team weren’t even born the last time it happened.

This was their year but Covid-19 got in the way. With social distancing restrictions still in place it’s hard to envision the celebration many had been dreaming of for so long.

Still, though different, ask any Sporting fan and they’ll still wear the jersey, don the scarf and chant all night long. This title has been 19 years in the making and not even the pandemic is going to stop the party.